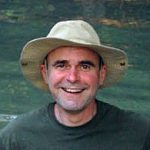 I am a consultant ecologist with 20 years professional experience; I am an expert field surveyor and have carried out surveys for all common British herpetofauna. I have proven skill in producing a range of management-based reports. Much of my work has been geared towards amphibian conservation with particular emphasis on the specially protected Great Crested Newt. I have managed amphibian and pond projects within both Worcestershire and Herefordshire. Prior to becoming freelance, over a five-year period, I worked on conservation projects for Worcestershire County Council, Worcestershire Nature Conservation Trust and the Nature Conservancy Council. I am a Member of the Institute of Ecology and Environmental Management and member of the Freshwater Biological Society and the Balfour-Browne Club. Particular area of expertise is Wetland Ecology.

The extensive range of ecological and environmental work I have undertaken independently includes:

HPNP proved to be a highly successful and innovative project. Managed by Herefordshire Amphibian & Reptile Team (HART) it received funding totalling £82,000 from the European Union LEADER+ Programme and DEFRA. 286 of Herefordshire’s ponds within an 880 square kilometre area were surveyed for biological quality and the presence of reptiles and amphibians, and in particular the Great Crested Newt. One hundred new Great Crested Newt sites were found, and over 120 volunteers successfully trained to undertake pond and amphibian surveys. In addition, 1,500 aquatic plant and 1,200 invertebrate species were recorded.

As Project Consultant, I was responsible for the delivery of all pond and amphibian training, including producing health and safety guidance; surveying; management advice to landowners; analysing the data and writing the final report; as well as helping to administer the project and aiding the initial grant application process. Interpretive information included a leaflet and display boards. The project also resulted in the publication of an original atlas, Amphibians and Reptiles of Herefordshire. I wrote the sections on geology, landscape and ponds of Herefordshire and co-wrote those on conservation policy and practice, amphibian recording in Herefordshire and the amphibian species account.

A partnership between the Environment Agency and Severn Trent Water, and led by Worcestershire County Council, AV 21 linked up with parish and community networks to survey, restore and conserve 21 ponds for the 21st Century with £21,000 of funding. My duties included project management; training of County Council Countryside Project staff and liaison with statutory agencies and voluntary groups such as BTCV. Important to the project’s success was collaboration with landowners to gain support for, and commitment to, the pond conservation initiatives, as well as access to the selected sites. A range of additional projects were undertaken besides the restoration of the 21 ponds. I compiled the manuscript for publication: Aqua Vitae 21: A Best Practice Guide to Pond Restoration.

Surveyed public Open Spaces in Stroud and gathered sources of biological data for Gloucester City Council in preparation for a wildlife survey and strategy.

I led a team of four botanists in the surveying of 60 ‘Green Spaces’ within Worcester City. These were assessed for their wildlife, educational and recreational potential.

Working with assistance from the Enterprise Allowance Scheme.

Compiled data on UK countryside and environmental organisations and produced a slide show on wildlife and the law.

I have undertaken surveys for all these Specially Protected species as well as Otter and Water vole.

Deliver PowerPoint presentations to national conferences such as the Herpetofauna Workers’ Meeting and to local groups in Herefordshire and the surrounding area.

I am a stock photographer with Nature Picture Library in Bristol. Presently have over 150 images submitted. I have a natural history slide library with a collection of 10,000 35mm slides, 6 x 4mm colour transparencies and digital images. My photographic work has been published locally.

I have been an active participant in the Worcestershire Flora Project. I have helped map the distribution of Black Poplars, elms and willow species and hybrids.

I led a local conservation group affiliated to the BTCV over a nine year period, during which time a range of habitat management projects were undertaken including pond restoration work.

Development of proposals for the Herefordshire Ponds and Newts Project and the Pond Celebration and Restoration Project.

Keeping a photographic record is an important component of my ecological work, but I am also a keen photographer in my spare time. I enjoy gathering wild food and preparing an edible meal with the ingredients. I also have a passion for landscape history, archaeology and travel.